You are here: Home / Archives for Data Backup & Restore

I recently read an article by Sharon Nelson and John Simek, of Sensei Enterprises, Inc. Sharon and John are well known legal technology security experts. When Sharon and John say, “[in] light of the new threats, we believe law firms need to take ransomware much more seriously than they have in the past,” I believe them. You can read their article here.

We do not handle law firms’ firewalls, anti-virus, or backups. That isn’t our business. But, every law firm we work has to deal with all of the issues that affect the security of their data. Over the past 5 years, we’ve had at least a dozen, likely more, firms who have been hit by ransomware and have had to recover. Here are some of our observations:

One option firms have to avoid ransomware is to host their data in the cloud. This can be done using SaaS applications like NetDocuments, Centerbase, Actionstep, Soluno, etc. Or you can use “desktop as a service” or DaaS providers, where premise-based software like Time Matters, PCLaw, and the like, are hosted in the Cloud and each user accesses a desktop environment to use the programs.

With respect to DaaS and ransomware, one purported advantage of this type of environment is that they handle all the security. Yet, we have had at least 3 firms using DaaS get hit by ransomware. 2 were down at least a week as the company restored the data, and the other never got their data back. Yeah, it was as terrible as it sounds.

The lesson for firms using DaaS or SaaS is that if you have data in the cloud, you should make sure it is safe and have some redundancy setup. For example, NetDocuments provides a service call ndMirror where all document are mirrored to a local drive. Actionstep provides a periodic SQL data dump to a local server. Time Matters users can set up SQLBackupAndFTP, an inexpensive program that easily backs up the Time Matters SQL database to a Dropbox or other Cloud repository. Anyone running SQLBackupAndFTP could have their Time Matters up and running within a day, if not within a few hours. We wrote an article about it a while ago. 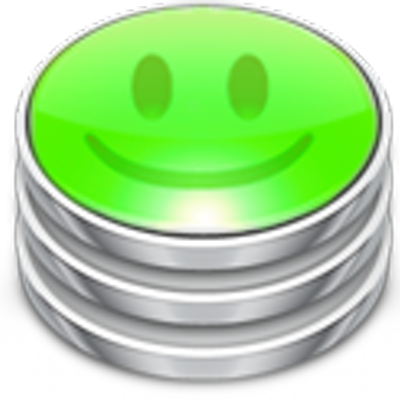 While this post may be helpful to any user of software that stores its data in a Microsoft SQL Server (MS SQL), it will be most applicable to OTB’s Time Matters users.

When you store your data in MS SQL, you obviously have to make sure it gets backed up. For many years, Time Matters did a fairly poor job at providing a robust backup solution. Most Time Matters consultants looked for alternatives outside the program, and many of us were pleased to find SQLBackupAndFTP. Even as the internal backup capabilities improved in recent versions of Time Matters, it doesn’t come close to what you can do with SQLBackupAndFTP and there is still no reason to use the internal backup solution when such a robust solution exists and is free.

There are a number of reasons this is a great piece of software, but toward the top of the list is that they provide a free version that will likely be sufficient for most time Matters users. At OTB we use their paid-for version as we need to backup more than 2 databases, want the expanded online storage alternatives, and want to encrypt our backups. But, if all you need to is to backup Time Matters, and perhaps one other database, it is free of charge.